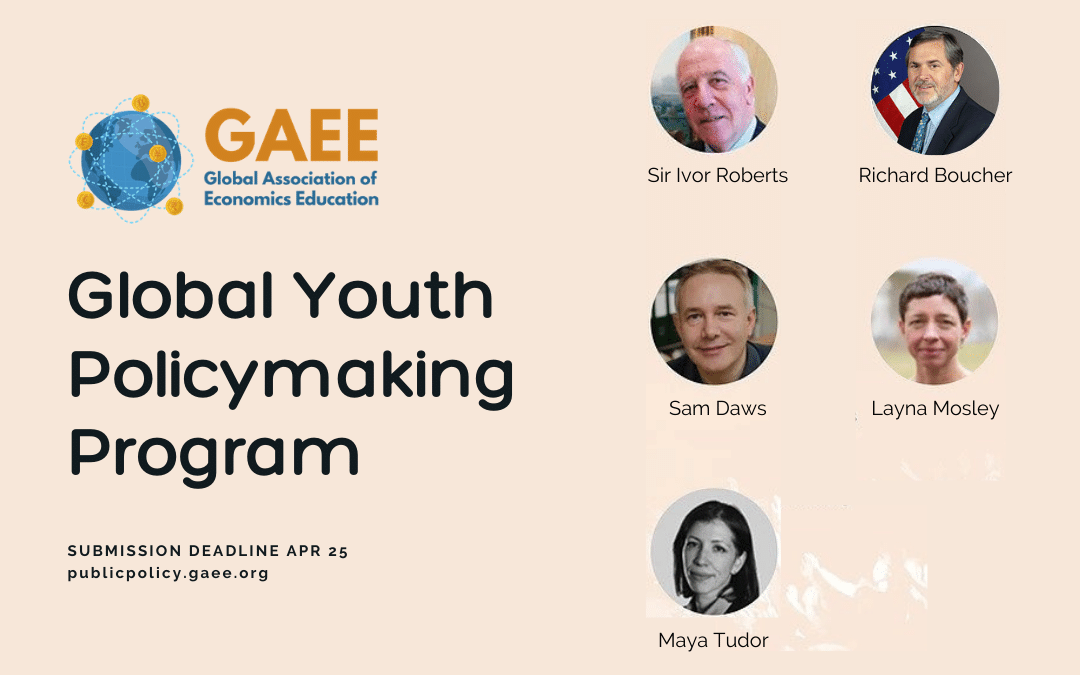 The Global Association of Economics Education (GAEE) is pleased to launch the signature “Global Youth Policymaking Program.” Thanks to its hybrid format, with an optional residency in Seoul (South Korea), the program is open to students from all over the world and is aimed at creating a world-class playground for ambitious students interested in politics and economics to engage in collaborating and designing public policies.

The program is comprised of three stages and will culminate in a presentation of the policy proposal to a panel of VIP judging panels comprised of:

Throughout the program, which began with the submission of a policy proposal addressing one of the two prompts listed here (deadline: April 25th, 2021), students will also be mentored by Lecturers and Ph.D. Candidates at Oxford, Cambridge, Stanford, Columbia, UC Berkeley, and University College London.

“I’m excited to participate in this global, economic program,” said Richard Boucher, Former Deputy Secretary-General of the Organisation for Economic Co-operation and Development (OECD) and Assistant U.S. Secretary of State for South and Central Asian Affairs, one of the judges of the program. “I very much look forward to reading and hearing the creative, practical, thoughtful, and politically-feasible ideas that will come out of this worldwide thinking process.”

Expecting the program to be “groundbreaking and highly intellectually stimulating,” Sir Ivor Roberts is “delighted to participate and anticipating some striking innovative, imaginative and reflective thoughts emerging from this global exercise.”