GAEE expands to 28 colleges in the United Kingdom 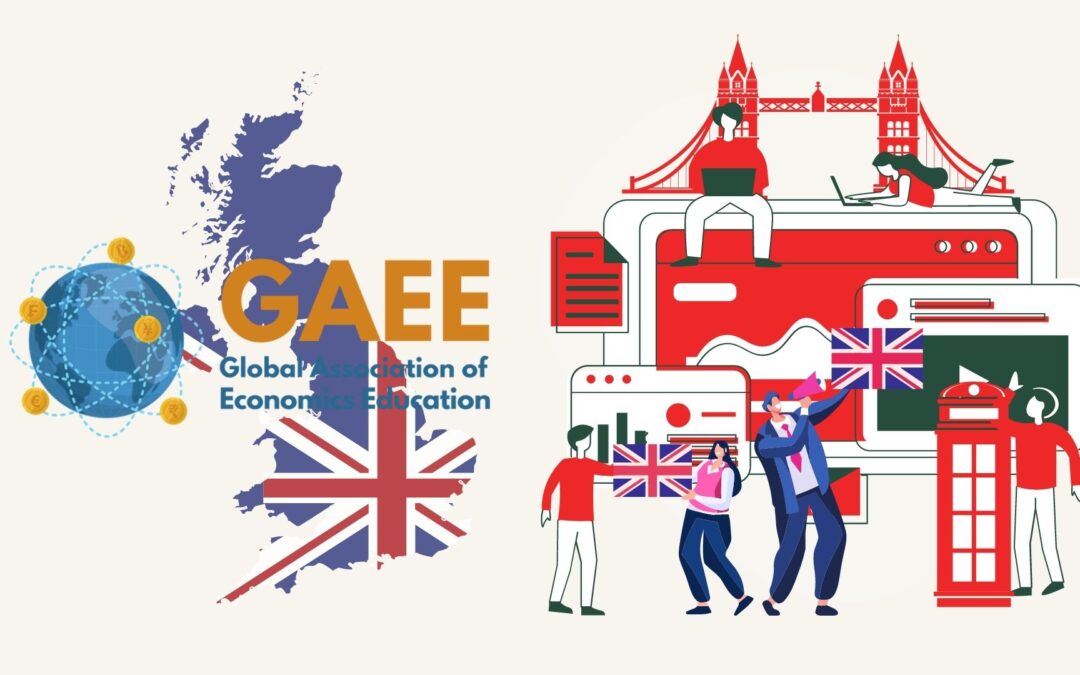 The Global Association of Economics Education of the United Kingdom (GAEE UK), since its inception last year, has expanded its chapter network to over 28 colleges in the country. With over four hundred members, this impressive achievement despite the pandemic makes GAEE UK the third-largest regional chapter of the Global Association of Economics Education.

The British chapter has received support from Discover Economics, an initiative by the Royal Economic Society to “broaden the appeal of economics to potential students,” especially those from under-represented groups. GAEE UK has recently hosted the renowned British economist Vicky Pryce, former Joint Head of the United Kingdom’s Government Economic Service, in an exclusive interview to discuss gender equality and economic recovery. It also hosted Dr. John Fender—Professor of Macroeconomics at the University of Birmingham—on a webinar yesterday titled “What is the Role of Policy?”

Prospective students in the UK can learn more about our chapters in the United Kingdom by visiting uk.gaee.org, dropping us an email at [email protected], and apply using our streamlined application form at gaee.org/chapter-apply. Follow GAEE UK at @gaee.uk for the latest updates about our British chapter’s activities.