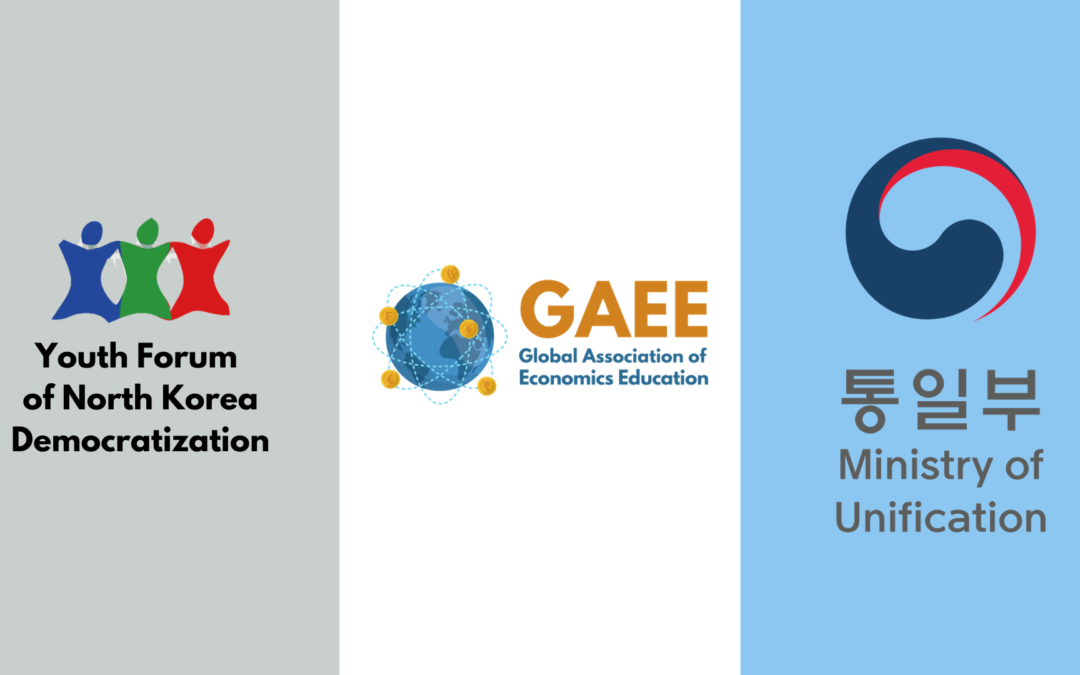 The Global Association of Economics Education (GAEE) is pleased to announce the commencement of the essay contest on the democratization of North Korea’s economy, hosted in partnership with the NGO Youth Forum of North Korea Democratization (YFNKD). The competition is honored to have sponsorship from the Ministry of Unification, a South Korean governmental agency aimed at promoting Korean reunification.

With the intention of raising awareness on the North Korean economy, the contest provides middle-school and high-school students with the opportunity to demonstrate their understanding of the key aspects of the DPRK’s current state of the economy and the effects of future democratization on the country’s economy and its people. Participants will be expected to write an essay covering one of these topics:

Please note that interested applicants should submit the essay by October 16th via this form. For more details about eligibility and grading criteria, kindly visit www.gaeesk.com and email [email protected].