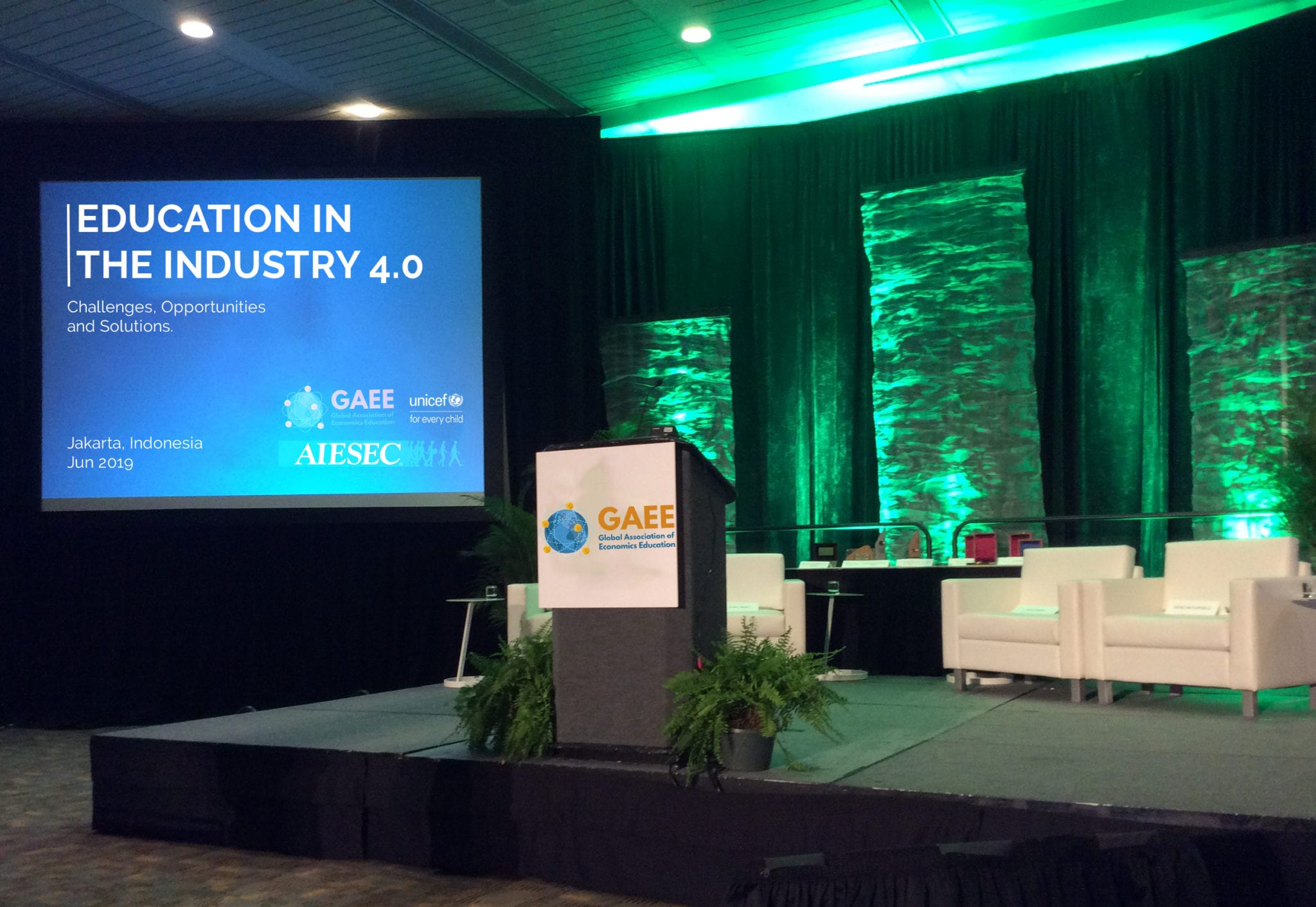 The Global Association of Economics Education (GAEE) has been formally recognized by the United Nations’ UNPP as a CSO Partner under the Community-based NGO section. Founded in 2017, GAEE is an international nonprofit and nongovernmental organization led entirely by students with the mission of “empowering youth generations with economics education, entrepreneurship skills, and financial literacy,” according to the nonprofit’s website. Recently, the United Nations began to grant the recognition and partner statuses to some youth-development and student-led organizations, notably the International Association of Students in Economic and Commercial Sciences (AIESEC) – now the world’s most successful and largest youth-run organization.

In recent year, GAEE has proved to be “a powerful force in the reform of economics education on a global scale,” according to Yahoo! Finance. Recently, this 501(c)(3) nonprofit launches an ambitious action plan known as “GAEE’s Silk Road Plan” that “aims to reach 5000+ members across 18 countries by 2021.” Its operations have gathered widespread support of its current 1500-member network and attention from the worldwide media from Reuters, Bloomberg, Yahoo! to Gizmodo Blog, Boston Herald, Big News Network. A new star of the nonprofit sector, this nonprofit has been listed alongside long-standing organizations like Rethinking Economics, The Economic Network, and CEE in a recent article of the London Post. It has established partnerships and received grants from the Financial Times SSI Program, Google for Nonprofit, AIESEC Global Volunteer Partnership, Microsoft Education, TechSoup, alongside the newest CSO Partner from the United Nations’ UNPP platform.

Earlier this week, the organization concluded its “GAEE’s Southeast Asia Month 2019,” an education movement with the participation of thousands of policymakers, educators and students in three SE Asian countries. Partnered with various local universities, advocacy groups, and national agencies, GAEE hopes to realize the goal of “raising awareness of the impacts brought about by the Industry 4.0” and “calling for reforms of the education system” in response to these technological shifts. “Southeast Asian nations that heavily depend on cheap labor will face significant challenges posed by the latest technological wave in automation. The education system, therefore, has to adapt timely and comprehensively,” said Le Dong Hai “DoHa” Nguyen FRSA, the organization’s Executive Director. In just a province of Central Vietnam alone, the organization partnered with the Industrial University and the Vietnam Union of Science and Technology Associations (VUSTA) to host more than 600 local officials, teachers, and students in their programs. This regional movement is described as “one of the most futuristic and innovative educational movements in the ASEAN region” by Mr. Thich Le, the President of the QN provincial chapter of VUSTA, Vietnam’s national science body.

The month-long programs being held simultaneously in the three Southeast Asian nations (the Philippines, Vietnam, and Indonesia) utilized multiple approaches, from TOT (Training of Trainers) conferences for local educators, forums for policymakers and scholars, to direct workshops and academic clubs for students, as well as a distant learning platform using its revolutionary “GAEE’s Home App” for mobile devices. However, the most striking thing is that all the activities are led entirely by students. Nguyen, the Founder and Executive Director of GAEE, is still a high school senior currently studying in Boston, United States. He founded the organization a couple of years ago and is recently elected as the youngest Fellow of the prestigious Royal Society for the encouragement of Arts, Manufactures and Commerce. Ruffa Manicdao, the Deputy Head of GAEE in the Philippines and the youngest GAEE executive, is only a freshman. “Around 70% of our executive members are high school pupils. The rest are college students,” said Kiara Coleman, the nonprofit’s Human Resources and Volunteer Manager.

With chapters across Vietnam, China, Great Britain, United States, Germany, Morocco, Kazakhstan, and the Philippines, the Global Association of Economics Education demonstrates the ability of youth generation to take control of their future and radiate positive social progress to the global community. The global successes of youth-run initiatives like these are excellent examples for nowadays adolescents to follow. “We might be born too late to explore the Earth, too early to explore the Stars, but just in time to explore the limitless power of our youth,” once commented Nguyen. Indeed, we can be optimistic that our youth generation will play a vivid role in defining the landscape of their future.

The NGO profile of the Global Association of Economics Education can be accessed through the United Nations Department of Global Communications Website (required sign-in) or directly through the ECOSOC Civil Society Network https://esango.un.org/irene/index.html?page=viewProfile&type=ngo&nr=677102&section=9&fbclid=IwAR331ofCgEZtJedBmH9G7sAfPqLdMzvnP0Ka59rGbKOUHAbZzS9UTajJdwk 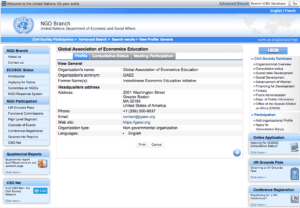 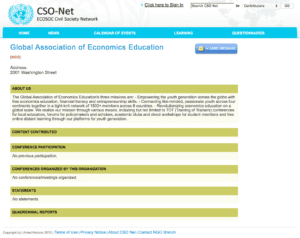